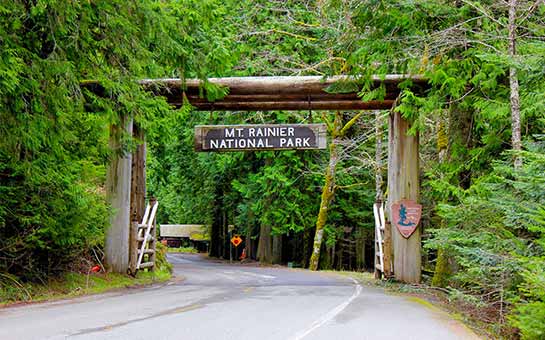 Washington lies in the far northwest corner of the United States. It's often called "Washington State" to avoid confusion with Washington, D.C., the nation's capital. For tourists, the area has a balanced mix of natural beauty and urban cultural centers. The Pacific Northwest is known for its diverse geography, from beachscapes to rainforests to mountains to bustling cities. Whatever type of vacation you prefer, odds are good you can find it in Washington. As you're planning your trip, make sure to purchase Washington Travel Insurance to protect yourself against the unpredictability of international travel.

Washington joined the union in 1889 as the 42nd state. Its population stood at just over 7.5 million as of 2018. Its capital is Olympia, and its largest city is Seattle. The state nickname is "The Evergreen State." The state motto is "Al-ki" or "Alki", which is Chinook Jargon for "bye and bye", and the state anthem is "Washington, My Home." Washington is the only state named after a U.S. president, and both the state seal and the state flag bear the face of George Washington.

One of Washington's most popular getaway spots is Olympic National Park and its three distinct landscapes: the Pacific beach coastline, the temperate rainforest toward the west, and a shady regular forest toward the east. Ruby Beach and Rialto Beach offer driftwood-scattered beaches and scenic ocean views. The Hoh Rainforest, located along the Hoh River, is the largest temperate rainforest in the Western hemisphere. It houses a National Park Service ranger station and backcountry hiking trails; wildlife includes tree frogs, spotted owls, bobcats, cougars, black bears, and elk. The Olympic Mountains in the park's center are home to glaciers and snowfields, but hiking and mountaineering is recommended only for the most experienced outdoorsmen. (If that includes you, you should consider purchasing hiking and mountaineering insurance in case the worst should happen.)

The San Juan Islands are a small archipelago just north of Puget Sound. Four of them are accessible by ferry, and each of the four offers a combination of fresh seafood restaurants, scenic coastlines, and parks, including San Juan Island National Park. Other sites to see in the area are Friday Harbor, Eastsound, and Moran State Park, one of the best-rated campground sites in the entire state. Popular pastimes include sea kayaking and whale watching.

Mount Rainier National Park contains at its center—as one might expect—Mount Rainier, the tallest peak in the state at 14,410 feet. It was established in 1899 as only the fifth national park in the U.S. The most popular destination within the park is Paradise, located on the south slope of Mount Rainier. To enjoy the scenery from the comfort of your car, try the Road to Paradise, an 83-mile loop that offers sightseeing opportunities like rainforests, waterfalls, and scenic outlooks. Another common park attraction is Sunrise, which offers a lodge, a visitor center, and miles of hiking trails that pass-through regions like Mount Fremont, Burroughs Mountain, and Sourdough Ridge. Popular activities at the park include hiking, camping, snowshoeing during winter, and wildlife viewing.

Finally, make sure to save time for the Mount St. Helens National Volcanic Monument. Mount St. Helens erupted in 1980, sending a cloud of ash 13 miles high, destroying about 150 square miles of forest, and killing 57 people. The volcano has long-since subsided, allowing the area to be preserved for research and recreational purposes. It's crisscrossed with hiking trails, and climbing the mountain is allowed with a permit. Visitor centers in the area contain informational exhibits about the disaster. If you visit the Johnston Ridge Observatory on a clear day, you can even peek down into the crater itself.

Washington State's largest metropolitan area and most popular urban destination is Seattle. The city's population was about 3.9 million as of 2018. Nestled in between Mount Rainier National Park and Olympic National Park, the city is packed full of cultural destinations. One iconic Seattle landmark is the Space Needle, originally built for the 1962 World's Fair. It stands 605 feet high and has a 360-degree observation deck that offers picturesque views of the Seattle skyline and natural formations beyond. Pike Place Market is an outdoor food market that sells fresh seafood, fruit, vegetables, and more. The market is also home to the first-ever Starbucks coffee shop, which opened in 1971.

Other Seattle attractions include Chihuly Garden and Glass, a collection of glass-blown artwork by artist Dale Chihuly; the Museum of Flight, which houses a vast collection of educational exhibits, flight-related historical artifacts, and retired airplanes, among them the first jet used as Air Force One; Olympic Sculpture Park, which displays artwork from around the globe and is free and open to the public; and Discovery Park, which comes to a head at the West Point Lighthouse overlooking the Pacific Ocean.

The town of Leavenworth, about two hours east of Seattle, offers a distinct small-town charm. It was founded as a logging town, and during the 1960s, it was suffering through a bust after a boom in the industry. Leavenworth rebranded itself as a Bavarian Village, and it has since become one of the most popular tourist destinations in the state. It's not rare to see residents dressed in lederhosen or blowing an alphorn. The town puts on several annual festivals, including a holiday lights display each December. Leavenworth is also notable as an outdoor sports destination—Icicle Gorge and the Alpine Lakes Wilderness are prime hiking spots. The nearby Wenatchee Valley is famous for its apples and hosts the yearly Washington State Apple Blossom Festival.

Bellingham is another top tourism site, offering easy access to the San Juan Islands and North Cascades National Park. The Fairhaven Historic District is home to an old-fashioned collection of red-brick Victorian architecture, shopping, dining, strolling, and more. As the home of Western Washington University, Bellingham also has a college town feel to it; the school's campus has an Outdoor Sculpture Collection worth wandering through if you have the time. Whatcom Falls Park is a popular outdoor attraction featuring four sets of falls, walking trails, and the perfect backdrop for a scenic drive.

Finally, Port Angeles is one last small town with considerable tourist draws. It's known for its proximity to Olympic National Park, and the town's location makes it a great home base for outdoor activities like hiking, golfing, kayaking, fishing, biking, and birding. In town, the Port Angeles Fine Arts Center features more than 100 outdoor sculptures dotted along rustic walking trails. The waterfront downtown district offers shopping opportunities and plenty of dining options. Port Angeles is also where ferries depart for Victoria, Canada.

Pacific Northwest cuisine is known for its incorporation of Asian and Native American flavors. Fresh seafood like salmon and shellfish are staples, as are proteins like moose and elk. Seattle rolls are a type of sushi with cucumber, avocado, salmon, and masago or tobiko (fish eggs) similar to California rolls. The area is also known for its craft beer and wineries.

It's important to keep in mind that most travel insurance plans don't cover injury or illness claims that occurred while the policy holder was under the influence of any legal or illegal mind-altering substances. Be sure to read and understand your insurance policy before you partake, even if you are on vacation.