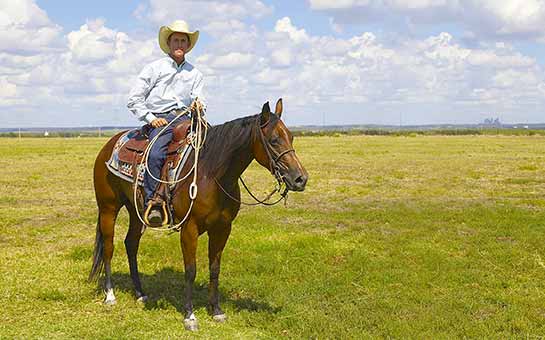 Texas is the second-largest and second-most-populous U.S. state. It had a population of just over 29.5 million as of 2021. Its capital is Austin. The state's largest city is Houston, and the largest metro area is the Dallas–Fort Worth Metroplex. The state motto is, simply, “Friendship”; its anthem, “Texas, Our Texas.” The varied landscapes, sprawling cities, and endless countryside make Texas a destination for travelers from around the world.

But before you book your flight, make sure to purchase Texas travel insurance to protect yourself against any mishaps that might occur.

Things To Do for Travelers Visiting Texas

About three hours south of DFW lies Austin, home of the State Capitol. The grounds boast walking paths and monuments to Texas historical figures, and the Visitors Center contains a small museum dedicated to city and state history. Downtown Sixth Street, the center of the Austin night life, is packed on both sides with bars and small souvenir shops. A little further south, South Congress Avenue is a popular shopping destination, populated with independent businesses like clothing boutiques, craft stores, and food trucks. The Ann W. Richards Congress Avenue Bridge is known for the 1.5 million bats that congregate underneath and fly away at dusk each night between March and November. Finally, Zilker Park is home to the spring-fed Barton Springs Pool, the Zilker Botanical Garden, and the yearly Austin City Limits Music Festival.

The Dallas–Fort Worth area, as the name suggests, contains the twin cities of Dallas and Fort Worth. The DFW International Airport is the sixth-busiest in the world. As a major hub of travel and commerce, the area has a number of popular tourist attractions. Dealey Plaza, the site of President John F. Kennedy's assassination in 1963, now plays home to the Sixth Floor Museum, which displays photographs, videos, forensic evidence, and artifacts related to the shooting and subsequent investigation.

The Perot Museum of Nature and Science has themed exhibits about engineering, energy, evolution, earth science, astronomy, and more. Reunion Tower's most striking feature is a lit-up ball at the top with a revolving restaurant and observation level. The Fort Worth Stockyards host rodeos, concerts, theatrical performances, cattle-drive demonstrations, and other events from the traditions of Texas' cattle industry.

As the fourth-most-populous city in the U.S., Houston offers plenty of cultural, dining, shopping, and entertainment options. NASA's Johnson Space Center is home to mission control and astronaut training facilities. Space Center Houston, the complex's visitor center, has a space shuttle replica, a space station replica, and a display of moon rocks to touch. They also offer open-air tram tours. Houston's Museum District has 19 museums, 11 of which offer free admission. Just a few are the Museum of Fine Arts, the Houston Museum of Natural Science, the Children's Museum of Houston, and the Holocaust Museum. The Houston Livestock Show and Rodeo, a 19-day event, occurs annually during February or March. The festival offers carnival rides, games, and food stands, and rodeo events feature the state's finest cowboys showing off their skills. The event also includes the Downtown Rodeo Parade.

San Antonio's most famous tourist attraction is the Alamo, a former mission that was the site of the Battle of the Alamo in 1836. During the Texas Revolution, a small Texan force barricaded themselves inside in defense against a Mexican force of almost 1,800. The Texan fighters were ultimately killed, but the battle proved a rallying point that coined the phrase “Remember the Alamo!” Admission is free to visitors. The site offers daily family-friendly programs and guided tours. San Antonio is also home to the River Walk, a part of the San Antonio River that cuts through the city and is lined with walking paths and restaurants. Barges float the river to offer guided tours of the city and dinner cruises.

The Gulf Coast offers scenic ocean views and beach activities. Galveston, less than an hour from Houston, has miles of sandy beaches with shallow, calm, warm water. Attractions in the area include the amusement park Pleasure Pier as well as Moody Gardens and Aquarium, featuring glass pyramids, an aquarium, a rainforest, and an amusement park. Corpus Christi is another beach town with offerings like the Padre Island National Seashore, a tour of the naval museum aboard the USS Lexington, and the Texas State Aquarium. Just offshore, South Padre Island is the world's largest undeveloped barrier island. The town of South Padre is a popular spring break destination for Texas university students.

Be aware that hurricane season in the U.S. runs from June 1–Nov. 30 each year, and Texas is no stranger to heavy storms. Most recently, in 2017, Hurricane Harvey came in from the Gulf of Mexico and caused significant flooding in Houston, resulting in an estimated $125 billion in damage. As you’re purchasing travel insurance, be sure to select a plan with coverage for hurricanes to keep you and your loved ones protected in case a storm strikes.

Big Bend National Park is located in the southwest portion of the state, bordering Mexico. The park runs through the Chihuahuan Desert and offers spectacular views of mountains, canyons, the Rio Grande, and archeological sites that date back nearly 10,000 years. It's the perfect place for a scenic drive, but the park also offers hiking trails, campgrounds, picnic spots, and sites for paddling and swimming.

Guadalupe Mountains National Park, about two hours east of El Paso, lies near the Texas–New Mexico border in the Guadalupe Mountains. The park contains the four highest peaks in Texas, the tallest of them being Guadalupe Peak at 8,749 feet. One unmissable natural attraction is El Capitan, a plateau of a peak that towers against the rest of the landscape. The park is known for its 80 miles of hiking trails, its diversity of flora and fauna, and unique wildlife like javelinas, black bears, coyotes, mule deer, and golden eagles.

Ask any native Texan, and they'll tell you that the staples of Texas cuisine are Tex-Mex and barbecue. Tex-Mex is a fusion of recipes from northern Mexico and early European settlers and includes tacos, enchiladas, fajitas, chimichangas, tamales, and tortilla chips served with guacamole, salsa, or chile con queso dip. The mainstays of Texas barbecue include beef brisket, sausage, ribs, and hamburgers (supposedly invented in Texas) served with pinto beans, potato salad, white bread, pickles, jalapenos, and a variety of spicy sauces. Make sure you come with a big appetite—the portions are bigger in Texas, too!

Wherever you take your trip in Texas and whatever you do, travel safely with visitors medical insurance or travel insurance. We can't wait to see y'all!