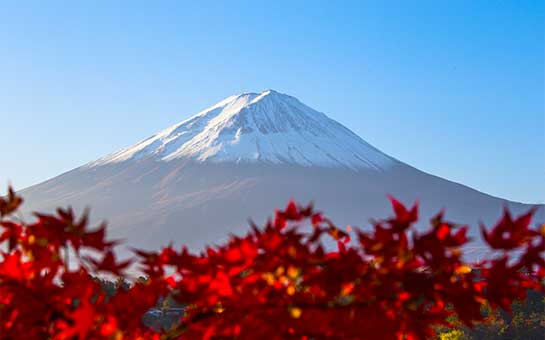 Between April and August of 2018, Mt. Kilauea, located on the main island of Hawaii, underwent a series of explosive volcanic eruptions. Two eruptions in particular, on May 15 and May 17, sent plumes of ash 12,000 and 30,000 feet into the air, the largest on record since 1924. The seismic activity triggered multiple earthquakes. Lava flows prompted the evacuation of thousands of residents. National parks closed. More than 700 homes were destroyed, as well as roads and public utilities. There were no fatalities, but by the time the eruptions subsided, they had injured 24 and caused an estimated $800 million in property damage. It was the most destructive volcanic activity in the U.S. since the 1980 eruption of Mount St. Helens in Washington State.

The Mt. Kilauea eruption occurred during summer travel season, and it's not hard to imagine that it disrupted a good number of planned beach vacations. When the volcano erupted, people were evacuated; anyone who had planned to travel to the area had to cancel their trip. In addition to the disappointment, they also most likely lost money due to non-refundable trip expenses, and visitors already in Hawaii had to leave due to the hazardous conditions caused by the eruption. However, those with the foresight to purchase travel insurance were more likely to see some of those financial losses recovered.

Insurance-wise, volcanic eruptions fall under the category of natural disaster coverage, which also covers other weather-related incidents like floods, fires, hurricanes, tornadoes, earthquakes, blizzards, avalanches, and more. Most insurance companies include natural disasters in their trip cancellation coverage plans. If a volcanic eruption destroys a traveler's destination or causes flight cancellations for at least 24 hours, the insured is eligible to make a claim. Similarly, if the eruption occurs when the vacation is already underway, trip interruption coverage can provide reimbursement for any remaining non-refundable trip costs and possibly even the cash to make alternate flight or lodging arrangements.

Remember that the purpose of insurance is to protect against an unknown future. If you purchase travel insurance after the volcano has erupted but before you leave for your trip, you will not be protected against losses caused by the eruption because the volcano is a known event at the time of purchase. For reasons like this, purchasing insurance earlier than later is always a good idea.

However, even if you purchase your plan ahead of time, it's still important to read the fine print and be aware of the limits of your coverage. For example, during the eruption of Mt. Kilauea, many policy holders trying to file for trip cancellation reimbursement found their claims getting denied. This is because most trip cancellation policies don't cover cancelling a trip by choice; the traveler must be prevented from following through on his or her travel plans.

In this case, the volcano wasn't located in an area frequented by tourists, and officials determined that popular hotels and resorts wouldn't be affected. Several airlines issued travel advisories for people flying into Hawaii, but those advisories still left the choice to stay or go up to the traveler. Fear of enjoyment or general wariness about the situation isn't covered.

Your coverage depends on the plan you purchase. Trip cancellation coverage and trip interruption coverage provide coverage for a set list of reasons that travel plans might go awry either before or during the trip, respectively. Varying levels of coverage are included in most travel insurance plans.

"Cancel for Any Reason" Travel Insurance

"Cancel for any reason" travel insurance, on the other hand, lives up to its name and gives policy holders the freedom to simply change their mind. Some plans provide this in the base coverage, while others may have it as optional coverage. These plans usually reimburse between 50 and 75 percent of travel costs and are available only under certain conditions. If this coverage is available for a given plan, it must be purchased within a short duration after the initial trip deposit; the exact time depends on the plan, but it's typically 10, 20, or 21 days. This type of coverage would allow travelers more discretion in the decision to visit an active volcano zone, even if flights are still running as scheduled and the hotel is still technically open for business. Please note, however, that the base plan and optional coverage must be purchased at the same time.

You can purchase trip cancellation coverage, trip interruption coverage, cancel for any reason coverage, and more at reasonable prices. Our knowledgeable, experienced representatives will be happy to help you select the plan that meets your needs. Don't let a volcanic eruption set your summer beach trip on fire. It's worth spending a little extra money to secure peace of mind.