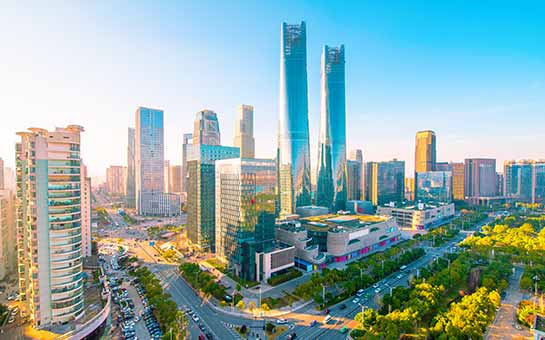 Israel, located in the Middle East on the eastern bank of the Mediterranean Sea, is home to some of the oldest and most famous historic and religious destinations in the world. As the site of numerous events that formed Judaism, Christianity, and Islam, Israel is viewed by adherents of all three faiths as a holy place—especially Jerusalem, the country’s proclaimed capital. From the Western Wall to the Sea of Galilee to the Dome of the Rock, the area attracts millions of the faithful each year.

If you’re considering a trip to Israel, make sure to purchase Israel travel medical insurance or travel insurance to protect yourself against the unpredictability of international travel. Let’s discover why.

In the excitement of planning a trip to a foreign land, we often forget to take health problems into account. Just as you can get sick or injured at home, the same can happen when you’re halfway around the world. The difference is, you won’t have your own doctor or your own health insurance when traveling internationally. The solution is travel medical insurance.

Do I need travel medical insurance for Israel?

Why buy travel medical insurance before traveling to Israel?

Beyond the legal requirement, it’s a financial necessity. The major cities in Israel have first-class medical facilities, but they are not cheap. Even a minor procedure could blow your vacation budget, while a major surgery could drain your bank account many times over. To ensure you can get the treatment you need affordably, you simply must have travel medical insurance.

None of us can predict the future. And because of this, booking a trip abroad can be a financial risk. There is always the possibility that some sort of life event or global calamity could make your trip impossible, leaving you on the hook for big expenses. The smart thing to do is to protect your trip investment with trip cancellation insurance.

Why should I get trip cancellation insurance for my Israel travel?

If you were to come down with a serious illness, or a natural disaster were to occur right before your trip to Israel, travel could be impossible. What might also be impossible is getting a refund for your airline tickets, hotel room, and other big expenses. Most prepaid travel expenses are not refundable. If you can’t go, you’ll have to pay for them regardless.

This is where trip cancellation insurance comes in. If you have to cancel your trip for a reason that the policy covers, your insurance can reimburse you for your prepaid, nonrefundable trip expenses. This allows you to book your trip with confidence, even if the unforeseen should occur.

What can be covered by trip cancellation insurance for Israel?

With some plans, you even have the option to purchase cancel for any reason coverage. This allows you to receive a percentage of your prepaid, nonrefundable trip costs back if you decide to cancel for a reason that is not covered by standard travel insurance.

Israel’s Most Popular Places for Travel

The Western Wall, also known as the Wailing Wall, is a surviving stretch of a retaining wall of the Second Temple of Jerusalem, which was destroyed by the Romans in the year 70 AD. It’s one of the holiest sites in Judaism and a pilgrimage site for the Jewish people. The Wall marks one of the boundaries of the Jewish Quarter of the Old City of Jerusalem. Other attractions in the Jewish Quarter include Jerusalem Archaeological Park; the Western Wall Tunnels, which lead under the city; and Hurva Square, a plaza packed with restaurants, boutiques, and plenty of outdoor seating.

Church of the Holy Sepulchre

For Christians, the site to see is the Church of the Holy Sepulchre, located in the Christian Quarter of the Old City of Jerusalem. Tradition holds that the church stands at Golgotha, the site of Jesus’ crucifixion, burial, and resurrection. The grounds include the final stations of the Via Dolorosa pilgrimage, the route that Jesus walked on his way to his crucifixion. The Rock of Calvary, believed to be the site of Jesus’ death, is enclosed in glass and is the most popular draw within the church.

The Muslim Quarter, stretching from Damascus Gate through the northeast portion of the Old City, is probably the liveliest district in Jerusalem. The Arab souk (market) contains countless stalls selling everything from spices to sheepskin coats to antiquities to leather goods. Walking through its bustling streets, you’re likely to see groups of children running and playing, as well as men smoking hookah in outdoor cafes. One popular tourist destination is Khan al-Sultan, an example of Mamluk architecture built in the 14th century. Rooftop access allows for sprawling views of the activity below.

Tel Aviv is as modern of a metropolis as Jerusalem is a preservation of the past. It’s one of Israel’s most populous cities and houses government ministries, foreign embassies, and the headquarters of many of Israel’s largest corporations. It’s also been designated as a UNESCO World Heritage Site for its collection of Bauhaus architecture (dating back to the 1920s and 1930s) in the White City portion of Tel Aviv. The city is also home to the Tel Aviv Museum of Art, which houses works by Degas, Monet, Van Gogh, and Picasso; Dizengoff Circle, with its modern-art centerpiece of the Fire and Water Fountain; and the Yitzhak Rabin Center, focused on the history of 20th-century Israel.

Dead Sea and the Sea of Galilee

The Dead Sea, a salt lake located between Israel and Jordan, has the distinction of lying at the lowest point on earth, more than 1,400 feet below sea level. Its salinity levels are almost ten times that of the ocean, resulting in extreme buoyancy that makes swimming feel more like floating. The Israel side of the lake has plenty of beaches and health resorts along its shore. Kalia Beach, the furthest north, offers a bar, restaurant, pool, changing room facilities, and mud baths with therapeutic properties. Biankini Beach is a Moroccan-style oasis and holiday resort featuring restaurants and hotels. Neve Midbar Beach offers a bar, barbecue pits, a gift shop, and attracts a younger crowd.

The Sea of Galilee is the lowest freshwater lake on earth at an elevation of almost 700 feet below sea level. Historically known as the region where Jesus traveled and preached—and, in particular, delivered his Sermon on the Mount—the area attracts its fair share of Christian pilgrims. In 2011, Israel opened the Jesus Trail, a 40-mile hiking trail linking sites from the lives of Jesus and his disciples. The area also offers elements of natural beauty perfect for outdoor tourism and recreation, from soaking in the hot springs near Tiberias to the rolling green hills of Arbel National Park.

Key Guidelines for Travelers in Israel

Israel’s complex past and status as an intersection of multiple faiths means that there are particular guidelines that visitors should keep in mind, as well as exciting things to look forward to.

Jerusalem, the West Bank, and Gaza can be a turbulent region politically, so be sure to check for any travel advisories issued by the U.S. State Department or other governing organizations before buying tickets, or before traveling.

As one might expect, because Israel is primarily a Jewish region, Israeli cuisine consists of a mix of Jewish cuisine with flavors from the variety of cultures the Jewish people occupied before Israel’s founding in 1948. Middle Eastern and Mediterranean dishes like falafel, hummus, and couscous are common. Chicken soup is a longtime foundation of Jewish cuisine, often served with matzah balls or dumplings. Lentil soup is a popular choice, as well. Other staples include fresh fish from the Mediterranean or the Red Sea, challah bread, shawarma, and desserts like baklava or watermelon with feta cheese salad.

Whenever visiting Jerusalem, Gaza, or the West Bank, you should make sure to wear clothing that covers your shoulders, upper arms, and knees. Residents of some neighborhoods may react negatively to anyone dressed inappropriately. This is especially the case for women.

If you are renting a car, do not drive into ultra-Orthodox Jewish neighborhoods during Shabbat. Shabbat lasts from sunset on Friday, to nightfall on Saturday. Residents of these neighborhoods have been known to throw stones at cars who attempt to drive through during Shabbat.

Before You Travel to Israel – Do This