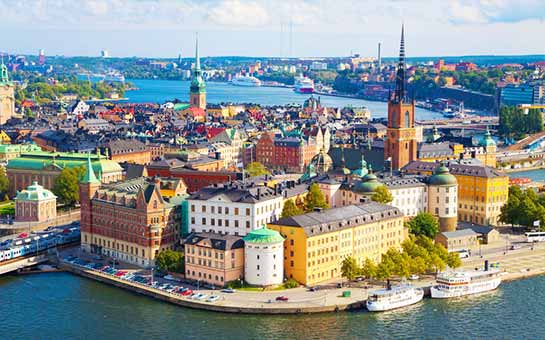 Do I Need Sweden Travel Insurance?

Sweden Visa Travel Insurance is required for all travelers to Sweden that need Sweden visa.

Sweden is officially called the Kingdom of Sweden. It is a Scandinavian country in Northern Europe, and it is located on the Scandinavian Peninsula. Sweden is bordered by Norway and Finland and is also connected to Denmark through a bridge-tunnel across the Øresund. Approximately eighty-five percent of the population live in urban areas. The capital city is Stockholm which is also the most populated city in the country.

Sweden is a constitutional monarchy with a parliamentary democracy. The nation's legislative body is called the Ricksdag, the Swedish Parliament, which elects the Prime Minister. The elections for the Parliament are held on the third Sunday of September every four years.

Most of the electricity in Sweden is generated by nuclear power or hydropower. Biomass is mainly used to produce heat for district heating and central heating.

The Royal Swedish Academy of Sciences was founded in 1739. Some of the earliest members were Carl Linnaeus and Anders Celsius, the man who proposed the Celsius temperature scale. Alfred Nobel was also born in Sweden, and he instituted the Nobel Prizes and invented dynamite. Lars Magnus Ericsson started the company Ericsson which bears his name. Ericsson is still one of the largest telecom companies in the world.

The official language of Sweden is Swedish which is very similar to Norwegian and Danish.

June 6th is the National Day of Sweden which has been a public holiday since 2005. Another holiday includes Midsummer which celebrates the summer solstice.

Famous dishes from this country include Swedish meatballs which are traditionally served with gravy, boiled potatoes, and lingonberry jam. In August, there is a traditional feast known as the crayfish party in which Swedes will consume large quantities of boiled crayfish with boiled potato and dill.

The two main sports are ice hockey and football (soccer in America). Sweden hosted the 1912 Summer Olympics and the FIFA World Cup in 1958. Other events that Sweden has previously hosted are the 1992 UEFA European Football Championship and the FIFA Women's World Cup 1995.

Before you visit Sweden, you need to purchase Schengen Visa Travel Insurance for Sweden that meets all Schengen visa requirements. Once you complete an instant online purchase, you would be able to print the visa letter that you can take it to Swedish consulate that would issue you Sweden visa.