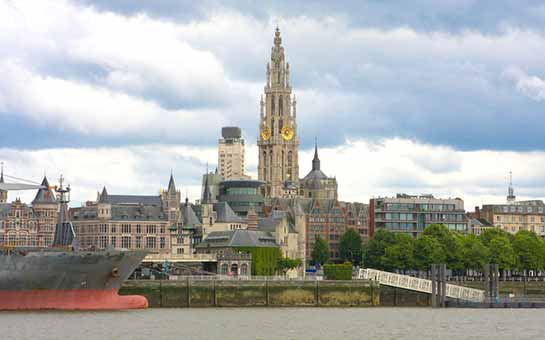 Do I Need Travel Insurance for Belgium?

Belgium Visa Travel Insurance is required for all travelers to Belgium that need Belgium visa.

Belgium is officially called the Kingdom of Belgium. The capital is Brussels. Belgium shares borders with Luxembourg, France, Germany, and the Netherlands. Belgium has a population of about eleven million people and is divided into ten provinces. Belgium is a constitutional, popular monarchy and a federal parliamentary democracy. The bicameral federal parliament is made up of a Senate and a Chamber of Representatives. There is a compulsory voting, so Belgium holds one of the highest rates of voter turnout in the world.

Belgium is famous for its waffles, beer, chocolate, and french fries with mayonnaise. Although its name says that it's from France, french fries are claimed to originate from Belgium. The national dishes are "steak and fries with salad" and "mussels with fries". Belgium produces over 1100 varieties of beer.

Three Nobel Prizes in Physiology or Medicines were awarded to Belgians: Jules Bordet in 1919, Corneille Heymans in 1938, and Albert Claude together with Christian De Duve in 1974. A Nobel Peace Prize in Chemistry was to a Belgian named Ilya Prigogine in 1977. The poet and playwright Maurice Maeterlinck won the Nobel Prize in literature in 1911.

Belgium has three official languages: Dutch, French, and German. However, Dutch is the most widely spoken language. A Belgian named Adolphe Sax invented the saxophone in 1846.

Belgium has produced many well-known authors. Peyo, the author of The Smurfs, among others brought the Belgian cartoon strip industry a worldwide fame.

In 1920, the Summer Olympics were held in Antwerp. Belgium also hosted the 1972 European Football Championships. In partnership with the Netherlands, Belgium has also hosted the UEFA European Football Championship in 2000. They have the most victories in UCI Road World Championships and the second most victories in the Tour de France following France. Eddy Merckx, a Belgian cyclist, is considered to be one of the greatest cyclists of all time with five victories in the Tour de France and numerous other cycling records.

Before you visit Belgium, you would need to purchase Schengen Visa Travel Insurance to meet Schengen visa requirements. Once you complete an instant online purchase, you would be able to print the visa letter that you can take it to Belgian consulate that would issue you Belgium visa.