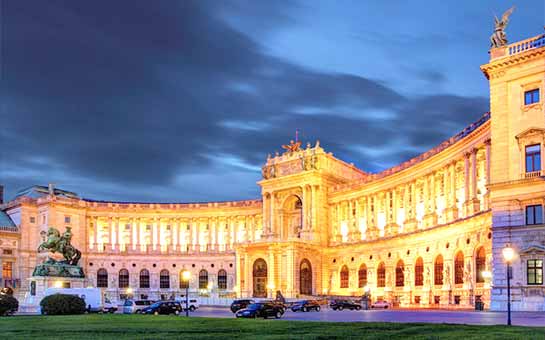 Do I Need Travel Insurance for Austria?

Austria Visa Travel Insurance is required for all travelers to Austria that need an Austria visa.

Austria is officially the Republic of Austria. It is a landlocked country and is bordered by the Czech Republic, Germany, Hungary, Slovakia, Slovenia, Italy, Switzerland, and Liechtenstein.

Austria is currently a federal republic. The Parliament of Austria is located in Vienna, the country's capital and largest city. The Federal President is the head of state and is directly elected through popular vote. Voting for the federal president and the Parliament used to be compulsory, but through steps from 1982 to 2004, this rule was abolished.

The country of Austria has contributed much to the world of music. It is the birthplace of multiple famous composers such as Joseph Haydn, Michael Haydn, Franz Liszt, Franz Schubert, Anton Bruckner, Johann Strauss, Sr., Johann Strauss, Jr., Arnold Schoenberg, Anton Webern and Alban Berg. Another one includes Wolfgang Amadeus Mozart. Ludwig van Beethoven was not born in Austria, but he spent much of his time in Vienna, Austria.

Multiple actors in the American and international industry of moviemaking are Austrian. Two of them include Arnold Schwarzenegger and Hedy Lamarr. Biologists Gregor Mendel and Konrad Lorenz as well as engineer Ferdinand Porsche were all Austrians.

The candy PEZ was invented in Austria as well as Mannerschnitten (Manner), a line of confectionary. Manner is most famous for its Neapolitan wafers, which were introduced in 1898. These wafers made an appearance in Terminator 3: Rise of the Machine. This was when the Terminator, played by Arnold Schwarzenegger, grabs a bunch when shopping for food at the gas station in the desert. The Neapolitan wafers are Schwarzenegger's favorite snack, so he included them in the movie.

The Austrian cuisine derives from the Austro-Hungarian Empire. The Mehlspeisen Bakery has created particular delicacies such as Sachertorte, Krapfen (doughnuts usually filled with apricot jam or custard), and Strudel. Some strudels include Apfelstrudel, filled with apple, and Topfenstudel, filled with a type of cheese curd called topfen. Typical Austrian dishes include Knödel, Weiner Schnitzel, Kaiserschmarren, and Tafelspitz.

Before you visit Austria, you would need to purchase Schengen Visa Travel Insurance to meet Schengen visa requirements. Once you complete an instant online purchase, you would be able to print the visa letter that you can take it to Austrian consulate that would issue you Austria visa.