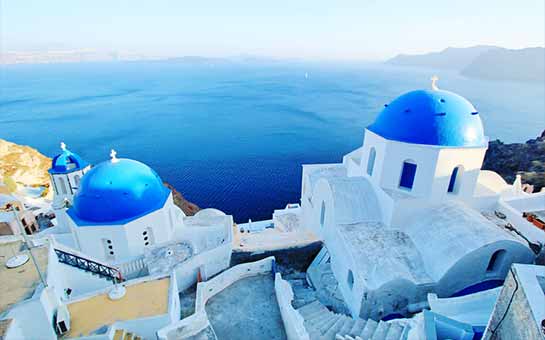 Greece Visa Travel Insurance is required for all travelers to Greece that need Greece visa.

Greece is officially called the Hellenic Republic and is a country in Southwest Europe. Athens is the country's capital and also the largest city. Greece is strategically located at the crossroads of Europe, Africa, the Middle East, and Asia. This country also consists of eleven geographical regions: Macedonia, Thrace, Peloponnese, Epirus, the Ionian islands, the North Aegean islands, the Dodecanese islands, the Cyclades islands, Crete, Thessaly, and Sterea Hellas.

Greece has the eleventh longest coastline of 13,676 kilometers (8,498 miles). Eighty percent of Greece consists of mountains or hills. Therefore, it is one of the most mountainous countries in Europe. Mount Olympus's peak culminates to 2,719 meters (9,750 feet) which is the highest point in Greece. In Greek mythology, Mount Olympus is the home of the Greek Gods.

Ancient Greece is considered the cradle of Western Civilization. It is the birthplace of democracy, major science and mathematical principles, political science, Western philosophy, Western historiography and literature, and Western drama: both tragedy and comedy.

Tourism contributes to a large proportion of the country's economy. It funds 16% of the country's GDP. Greece is the seventh most visited country in the European Union and the sixteenth in the world by the United Nations World Tourism Organization. Another important industry is the shipping industry. This accounts for 4.5% percent of the GDP and employs 4% of the workforce.

The Olympics originated from Ancient Greece; the first one dates back to 776 B.C. The ancient Panathenaic stadium in Athens was rebuilt in 1895 and hosted the Olympic Games in 1896. Greece also hosted the Games in 1906 and the 2004 Summer Olympics.

Greek cuisine incorporates olive oil in multiple dishes. Other key ingredients include vegetables and herbs, grains and bread, fish, wine, olives, cheese, eggplant, zucchini, yogurt and multiple meats such as lamb, poultry, rabbit, and pork. Many of the Greek desserts include nuts and honey as part of their recipes. Some dishes include moussaka, stifado, and Greek salad. A dessert that is eaten is baklava, a sweet that is made with layers of filo pastry and filled with nuts and sweetened with honey or syrup. A Greek named Archestratos wrote the first cookbook in 320 B.C.

Before you visit Greece, you would need to purchase Greece Visa Travel Insurance. Once you complete an instant online purchase, you would be able to print the visa letter that you can take it to Greek consulate that would issue you Greece visa.