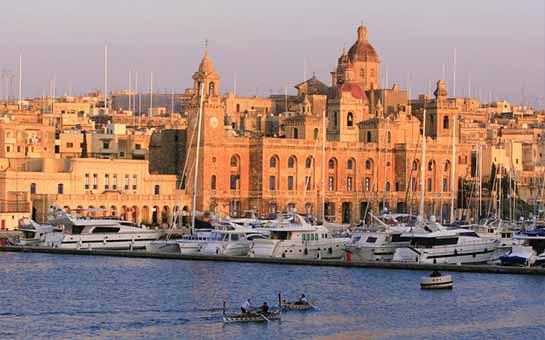 Do I Need Malta Travel Insurance?

Malta Visa Travel Insurance required for all travelers to Malta that need a Schengen visa for travel or would just like the coverage while traveling abroad.

Malta is a group of islands known as an archipelago in the central Mediterranean and is situated between Sicily and the African Coast. The country's culture has been influenced by the succession of rulers in Malta that have included The Romans, The Moors, The Knights of St. John, the French, as well as the British.

The capital city of Malta is Valletta also known as the Fortress City, named after the Grand Master of the order of the Knights of St. John, Jean Pansot de la Valette. It was established in the 1500s on a peninsula that measures approximately 900 meters by 630 meters and is known for its museums, palaces, and grand churches.

The European Union has designated Valetta as the 2018 European Capital of Culture; the city will host an inclusive series of cultural events to bring Europeans together by celebrating their rich cultural history and diversity, and to raise awareness about their economic values.

Malta is a great place to enjoy the sun and sea. You can head down to the Marsaxlokk harbor, the 2nd largest harbor in Malta, it's a great place to see the colorful, traditional Maltese fishing boats. The weather in Malta is the warmest in the European union. They have the warmest winters with temperatures even in the coldest months of the year only getting down to an average of 53 degrees Fahrenheit.

There are many outdoor activities in Malta; water sports like surfing and paragliding are very popular. Just be aware that as newcomer to such sports, you may be more prone to an injury than a local who practices regularly, even small injuries may be expensive when not properly planned for. Fortunately, there are several plans on the market that cover such sports, so if you are looking for sports coverage, please call us to discuss the right plan for your activity.

Malta's cuisine is a culinary culmination of all the past rulers as well as influence from the islanders because of its location on the sea. The cuisine includes many types of fish and seafood. A visit to the Marsaxlokk Fish Market will show you how varied the fish in season is; popular fish would include bass, stonefish, white bream, dentex, grouper, and red mullet. In late autumn the market will have an abundance of swordfish and tuna as well.

A popular meal in Malta is Aljotta or fish soup. Many times they will use octopus or squid in soups, stews and pasta sauces. Other time-honored cuisines would include rabbit stew or Kaapunata, a Maltese version of traditional Ratatouille, and Bigilla, a think dip made of broad beans and garlic, similar to hummus. For dessert one of the most traditional indulgences you will find is Kannoli, a crispy pastry tube usually dusted in cinnamon and filled with ricotta, a delicious treat indeed!

Before you visit Malta, you need to purchase Schengen Visa Travel Insurance that meets all Schengen visa requirements. Once you complete an instant online purchase, you would be able to print the visa letter that you can take it to Malta consulate that would issue you Malta visa.