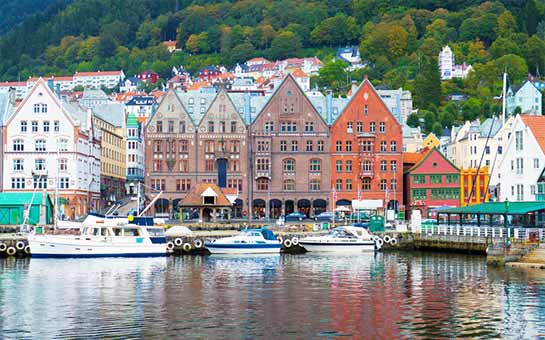 Do I Need Norway Travel Insurance?

Norway Visa Travel Insurance is required for all travelers to Norway that need Norway visa.

Norway is officially named the Kingdom of Norway. Its mainland portion of the kingdom is the western part of the Scandinavian Peninsula. The country shares the longest uninterrupted border with Sweden in Europe and the Schengen Area. Its other land borders comprise of Finland and Russia to Norway's northeast. The capital of Norway is Oslo, which is also the most populated city in Norway with a population of almost one million.

Norway's extensive coastline faces the North Sea and the Barents Sea, which famous for its fjords. The rugged coastline is 25,148 kilometers (about 15,626 miles). Including its multiple fjords and islands, the coastline could be as long as 100,915 kilometers (about 62,705 miles). The Norwegian fjords have been listed as the world's top tourist attraction by National Geographic.

In 1913, Norway was the first independent country to introduce women's suffrage. Norway is ranked as the second wealthiest country in monetary value following the country of Luxembourg.

Export revenues from oil and gas contribute to more than twenty percent of the country's GDP. Norway is the fifth largest oil exporter and third largest gas exporter in the world. However, it is not part of the Organization of the Petroleum Exporting Countries (OPEC).

Norwegian is similar to the other languages of the other countries in Scandinavia: Swedish and Danish. The North Germanic Norwegian language has two written forms: Bokmål and Nynorsk. They are both recognized as official languages. However, Bokmål is used by about 85% of the population.

Norway has been used as filming location for multiple Hollywood and other international productions. For example, the producers of the 1980 film Star Wars Episode V: The Empire Strikes Back utilized the Hardangerjøkulen glacier for the scenes at the ice planet Hoth. Other film scenes include the James Bond film Die another Day, The Golden Compass, Spies like Us, and Heroes of Telemark as well as the TV series Lilyhammer.

The Norwegian symbolist/expressionist painter Edvard Munch is the famous artist who created the piece The Scream. It is said to represent the anxiety of the modern man.

Before you visit Norway, you need to purchase Schengen Visa Travel Insurance for Norway that meets all Schengen visa requirements. Once you complete an instant online purchase, you would be able to print the visa letter that you can take it to Norwegian consulate that would issue you Norway visa.