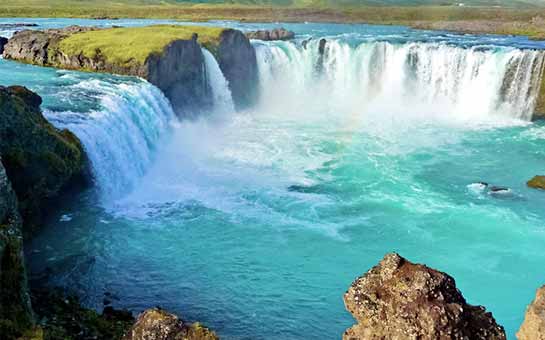 Do I Need Iceland Travel Insurance?

Iceland Visa Travel Insurance is required for all travelers to Iceland that need Iceland visa.

Iceland is officially called the Republic of Iceland. It is a Nordic island country situated at the confluence of the North Atlantic and Arctic Ocean. Iceland is a representative democracy and a parliamentary republic. The capital and largest city is Reykjavík, and this capital is the most northern capital in the world. The country has only a population of about 320,000 people which makes it the most sparsely populated country in Europe.

Iceland is volcanically and geologically active and also has many geysers. A notable geyser is called Geysir from which the English word for geysers originated. On May 21, 2011, a volcanic eruption occurred with a volcano named Grímsvötn. Grímsvötn is one of Iceland's most active volcanoes. This eruption hurled ash and lava 20 kilometers (12.43 miles) into the atmosphere which created a large cloud. The cloud was thought to pose danger to jet aircraft of across a wide area of northern Europe.

Geothermal energy and hydropower provide all of Iceland's electricity and approximately eighty percent of the nation's total energy. Two of Iceland's largest geothermal power plants are Hellisheiði and Nesjavellir. By the year of 2050, Iceland expects to be energy-dependent.

Icelanders are among the world's healthiest people. The average life expectancy is 81.8 years, the fourth highest in the world.

Much of Icelandic cuisine is based on fish, lamb, and dairy products. Due to the island's climate, fruits and vegetables are not generally included in the traditional dishes although the use of greenhouses has made them common more contemporary foods. Traditional dishes include skyr, hákarl (cured shark), and black pudding. Coffee and Coca-Cola are very popular beverages in Iceland; Coca-Cola is consumed by much of the island and has one of the highest per capita consumption rates in the world.

Before you visit Iceland, you would need to purchase Schengen Visa Travel Insurance for Iceland to meet Schengen visa requiements. Once you complete an instant online purchase, you would be able to print the visa letter that you can take it to Iceland consulate that would issue you Iceland visa.