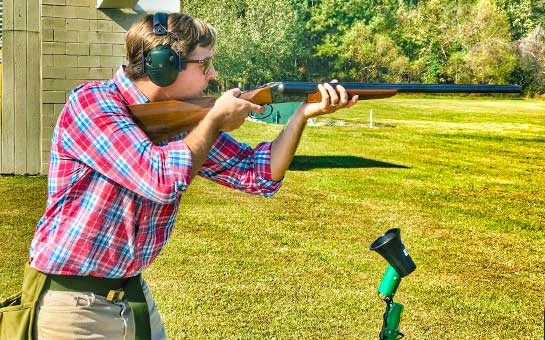 Riflery as a sport is practiced in many parts of the world. Indoor rifle ranges allow sportsmen to go shooting in safe and controlled surroundings. Riflery, or target shooting, allows shooters to hone their marksmanship skills. There are few things more exciting than hitting the bullseye.

Many kinds of rifles are used for target shooting, from shotguns to air guns. With riflery travel insurance, you can practice this sport without reason to worry about medical costs in case of an accident or injury.

Shooting a rifle can be thrilling because it makes the shooter feel powerful and in control. While it is no longer legal in most parts of the world to carry a gun around at will, indoor shooting ranges provide the perfect setting to practice this age-old sport.

Target shooting involves hitting the bullseye (the center of the target), or as close to it as possible. A meter metes out scores depending on the accuracy of the shot. The shooter can decide the distance from which they want to fire. They shoot rubber pellets instead of real bullets during practice sessions.

Shooters often wear hearing protection like earplugs to muffle the noise of gunshots in an enclosed space. Safety goggles are also worn to protect the sportsman’s eyes against any ejected shells or debris. Most shooting ranges require shooters to wear both ear and eye protection before they can begin firing.

Riflery is an Olympic sport, and it is popular all around the world, including many countries in Europe, the United States of America, Russia, India, and South Korea.

Target shooting is a considerably safe sport, but certain risks are involved.

For obvious reasons, firearm safety is the most important precaution to take. Treat every gun like it’s loaded, and never point it at anything that you don’t intend to shoot. You have to be sure about how you handle the gun.

Guns can sometimes misfire, and if not properly handled, you could shoot yourself while trying to investigate the problem.

If you are using a larger gun—one that requires you to place your eye against the sight to determine your target—then be doubly sure that the rifle is in perfect working condition. Accidents happen when bullets or pellets backfire, and they could fly back and hit your eye instead of being ejected away from you. Such accidents could even result in loss of vision.

Some guns have a powerful recoil, or rearward thrust. When using a larger gun (or one with a greater recoil), you can wear shoulder plates to lessen the impact when the gun thrusts backward. There have been several cases of shoulder dislocations due to a gun’s or rifle’s recoil, especially among novices.

If you plan to indulge in target shooting while travelling, then make sure your travel insurance covers the sport of riflery.

Some insurance companies might not cover riflery in their insurance plan because it is not a body contact sport and it is performed in a controlled environment. However, you can buy additional insurance to ensure coverage for target shooting as well. Be sure to check the wording in the policy before purchasing the plan for proper and adequate coverage.

While indulging in riflery, shotgun shooting, or any other sort of target shooting with a firearm, make sure you only perform the sport in a registered and licensed shooting range.

Do not practice shooting at any out-of-the-way shooting ranges, as their guns might not be well-maintained. This could lead to poor shots, recoil explosions, and a higher possibility of injuring yourself or someone else.

Costs of treatment in a foreign country can be fairly expensive. Depending on the nature of the injury, you might need emergency medical evacuation if your travel destination does not have adequate facilities to cover your medical treatment.

Riflery hazardous sports travel insurance can cover the costs of treatment, as well as evacuation costs, as long as these terms are included in the policy. Be sure to read the fine print before purchase so you know what’s covered.