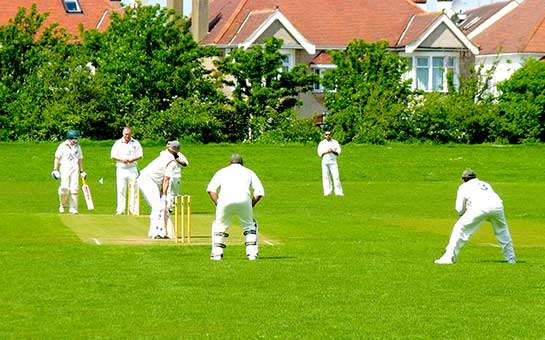 https://www.insubuy.com/hazardous-sports-travel-insurance/
What is the difference?

Cricket is a highly revered game, played professionally in more than 100 countries around the world. The game has its origin in England, sometime around the 16th century. Over the years, it has undergone various modifications to become the game that is played today.

Although cricket is known as a gentleman’s sport, there are some risks involved while playing it. However, with cricket travel insurance, you will be able to play this sport without any financial worries should you face any unexpected injuries or accidents.

Cricket is played with the help of a bat and a ball. There are two teams of eleven players each. Each team tries to score as many runs as possible before all of their players are out.

The ICC Cricket World Cup is one of the most-watched sporting events in the world. The charm and popularity of the game lie in the fact that apart from the national-level teams of each country, the game is also played in club levels and even on the streets by amateur players.

Engaging in a spontaneous game of cricket is not at all rare in countries where the game is popular. That’s why it’s best to be prepared in advance and purchase hazardous sports travel insurance that can cover any unexpected developments.

Although cricket is not a body contact sport, there are certain risks involved. The biggest risk is being hit by a ball. The ball thrown at the batsman from the bowler comes at a very high speed, sometimes reaching 150 kilometers per hour (about 93 miles per hour) or more.

It is important to wear proper gear while playing the game, which is why the batsmen come to bat with protective gear like helmets, gloves, knee guards, and even abdomen guards.

The player could also suffer from an injury while fielding—running after the ball to fetch it and bring it back into play. A fall could lead to a sprain or a fracture.

Any player could also be inadvertently injured by the ball hit by the batsman. Fielders have often suffered injuries to their hands while trying to catch a ball hit high by the batsmen.

While playing the game on the street or in amateur clubs, there is hardly any equipment involved, and street players in particular engage in the game without any protection.

If you want to join the locals for a game, then make sure you have travel insurance for cricket. This can help cover the cost of any treatment if you are injured while playing the sport.

Cricket is played in more than 100 countries, and the fun and relaxation it offers will easily draw you into the game. Many standard travel insurance plan exclude coverage for potentially risky activities like cricket. Be sure to read the fine print and purchase an appropriate plan that offers the coverage you need.

Try to opt for as much protection as possible while playing the game. Try to wear at least a helmet, even if the other pieces of equipment are unavailable. A head injury caused by a fast bowl can lead to grievous injuries.

If you are playing the game in a remote area, and your injuries are serious, you might need medical evacuation. Such expenses can be high in a foreign country, so you should opt for cricket hazardous sports travel insurance, which can help cover such costs—if you make sure the conditions are included in the fine print.