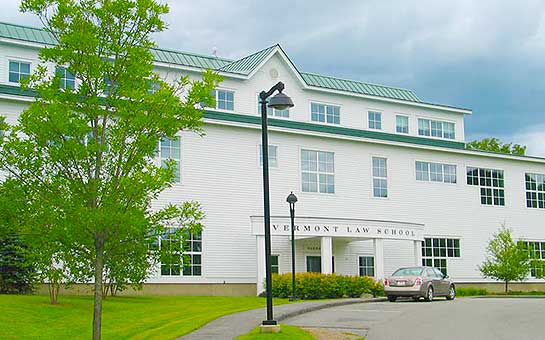 Vermont Law School (VLS), located in South Royalton, Vermont, is a private law school that was established in 1972. It opened its doors to students in 1973. It gained provisional American Bar Association approval in 1975 and full approval in 1978. It joined the Association of American Law Schools in 1981. Today, VLS enrolls more than 650 students and counting each year.

VLS is notable as one of two law schools in the U.S. to protest the “Don’t Ask, Don’t Tell” policy on gays serving in the military. It lost between $300,000 and $500,000 per year in federal funding between 1999–2011 for refusing to cooperate with a Congressional statute requiring colleges and universities to allow military recruitment on campus. Following the 2011 repeal of the policy, VLS now allows recruitment on campus.

The U.S. Department of State requires all J-1 visa holders and accompanying J-2 dependents to obtain health and accident insurance, which includes the following minimum coverage: medical benefits of at least $100,000 per person per accident or illness; repatriation of remains in the amount of $25,000; and medical evacuation expenses of $50,000.