The University of Texas at Arlington 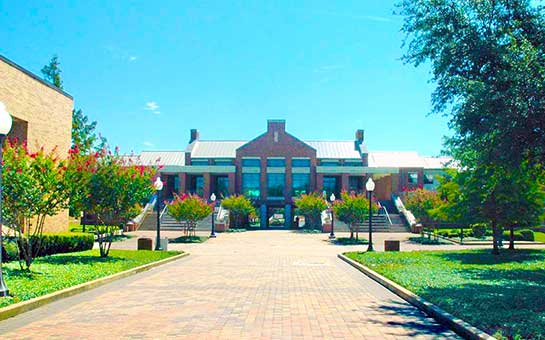 The University of Texas at Arlington, located in Arlington, Texas, was established in 1895. It opened as Arlington College, and during its first 20 years, it went through several changes in its name and purpose, including a brief stint as a military academy. It was part of the Texas A&M University System from 1917–1965, during which time it became a four-year college in 1959. Texas A&M administrators resisted the idea of developing it into a full-fledged university with graduate programs. School officials worked with the state governor and members of the Texas Legislature to transfer ownership to the University of Texas System. The transfer became official in 1965, the Graduate School was established in 1966, and the university adopted its present name in 1967.

Today, UT Arlington enrolls more than 42,000 students and counting each year. It’s the fourth-largest university and the third-largest producer of college graduates in the state. The school colors are blue and white, and its athletic nickname is the mavericks.

UT Arlington is classified as an R1 Doctoral University with very high research activity. Noteworthy research institutes and facilities on campus include the UTA Aerodynamics Research Center; the NanoFab Research and Teaching Facility; the Center for Amphibian and Reptile Diversity Research, which houses one of the world’s largest collections of specimens from South and Central America; the Center for Mexican American Studies; and the Genomics Core Facility.

All international students, regardless of visa type (F-1 or J-1), must enroll in the UT Student Health Insurance Plan and may only waive if they have comparable coverage through an ACA-compliant plan. J-1 Scholars and their dependents are required to have insurance, but they only need to meet minimum requirements.

J-1 and F-1 students must enroll in the school’s insurance plan. In order to waive, they must have a comparable, ACA-compliant plan.