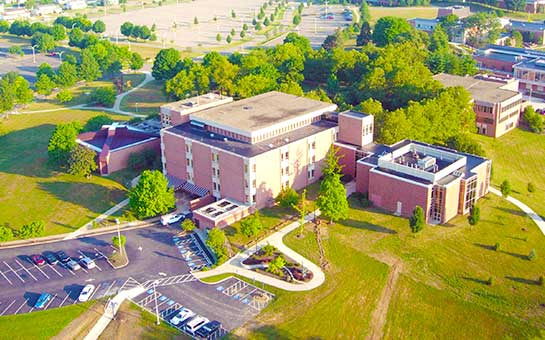 Kent State University, a public research university in Kent, Ohio, was established in 1910. It was founded as the Kent State Normal School, a teacher-training institution that opened its doors in 1912. It was granted university status in 1935. Today, it’s one of the largest universities in Ohio with a yearly enrollment of about 40,000 students and growing. It also has seven satellite campuses scattered around the state. The school colors are blue and gold, and the athletic nickname is the Golden Flashes.

Kent State has a few distinguishing academic programs. One is the Shannon Rodgers and Jerry Silverman School of Fashion Design and Merchandising. Another is its library and information science program, the only one in Ohio. The Liquid Crystal Institute was founded in 1965 and specializes in research and applications for liquid crystal technology.

Kent State gained notoriety in the 1970s as the site of the Kent State shootings. On May 4, 1970, an Ohio Army National Guard unit opened fire on a crowd of anti-Vietnam War protesters, leaving four dead and nine wounded. Protests against this act of violence erupted nationwide, including a student strike of 4 million students. The Center for Peaceful Change opened in 1971. Later renamed the Center for Applied Conflict Management, it developed one of the earliest conflict resolution bachelor’s degrees in the U.S.

All J-1 scholars and their dependents must have health insurance while in the U.S. They are required to meet the U.S. Department of State’s minimum requirements. These requirements include medical benefits of $100,000 per incident; a maximum deductible not to exceed $500; medical evacuation coverage of $50,000; and repatriation coverage of $25,000.

Kent State University requires all international students to enroll in the university health insurance plan. Students will be automatically enrolled and charged for this insurance. There is no option to waive.