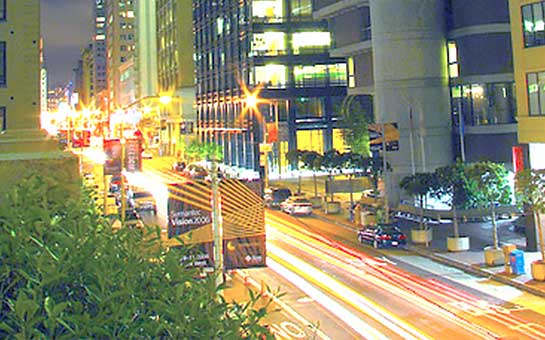 Golden Gate University, located in San Francisco, California, was established in 1901. The university’s roots trace back to an evening lecture series at the San Francisco YMCA during the gold rush in the 1850s. The lectures covered topics like English, math, stenography, and elocution. The program solidified into a school in 1901 when it became the YMCA Evening College and created its first degree-conferring program, a law school. The 1906 San Francisco earthquake destroyed the building in which it held classes, but the school rebuilt by 1908 and soon after began to offer the west coast’s first four-year accounting program. As it offered courses in more and more fields of study, it eventually became Golden Gate College in 1923 and Golden Gate University in 1972.

Today, GGU is known for its professional education programs through its schools of law, taxation, business, and accounting. It enrolls more than 3,000 students and counting each year. Its colors are blue and white, and its athletic nickname is the griffin.

GGU is primarily known as a post-graduate institution. Only about 10–15% of the student body are undergraduates, and a solid (roughly) two-thirds of the population are enrolled in graduate business programs, pursuing an MS, an MBA, a PMBA, or a DBA. About 80% of the school’s classes are taught by practicing professionals.

In addition to its main campus in San Francisco, GGU has learning sites in Los Angeles, where it offers graduate degrees in taxation; Silicon Valley, with graduate programs in business and public administration; and Seattle, Washington, which offers a program in taxation.

Golden Gate University does not administer a health insurance plan for international students. F-1 and J-1 visa holders are responsible for obtaining insurance independently. GGU does not require F-1 visa holders to show proof of insurance coverage, but it is still strongly recommended. J-1 visa holders are required to show proof that meets federal requirements. These requirements include medical benefits of $100,000 per incident; a maximum deductible not to exceed $500; medical evacuation coverage of $50,000; and repatriation coverage of $25,000.