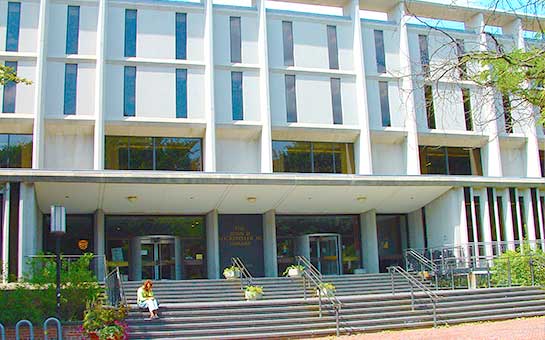 Brown University, located in Providence, Rhode Island, is a private, Ivy League university established in 1764. It was founded as the Rhode Island College, the seventh-oldest institution of higher education in the country. During the American Revolution, the campus served as both barracks for American troops and a hospital for French troops. It was the first U.S. university to admit students regardless of religious affiliation. The school was first chartered in Warren, Rhode Island, and it moved to its current location in 1770. It adopted its current name in 1804 after benefactor Nicholas Brown. The first women were admitted in 1971, when Brown officially merged with the nearby Pembroke College.

Today, Brown University admits about 10,000 students and counting each year. Its colors are brown, white, and cardinal, and its athletic nickname is the bears.

Brown is known for its Open Curriculum program, which requires all undergraduate students to develop their own personalized course of study. The university encourages students to be the “architects of their own education” and take ownership of their creative and educational development.

Notable fixtures on campus include the Haffenreffer Museum of Anthropology, a teaching and research museum dedicated to the land’s previous Native American occupants; the Annmary Brown Memorial, a mausoleum and memorial for a member of the Brown family; and “The Walk,” a series of open spaces leading from Brown to the Pembroke College campus.

Brown is also the site of Alpert Medical School and the Marine Biological Laboratory, an independent research institution dedicated to biological and environmental science.

All J-1 exchange visitors and J-2 dependents are required to have health insurance for the full duration of the J program. J-1 scholars not eligible for Brown University health insurance will need to purchase a plan that meets the minimum requirements for J exchange visitors. These requirements include medical benefits of $100,000 per incident; a maximum deductible not to exceed $500; medical evacuation coverage of $50,000; and repatriation coverage of $25,000. J-1 Scholars can purchase any plan that meets the standard requirements if they are not appointed as a Visiting Research Fellow through the Graduate School, or as a Student Intern.

All F and J international students are automatically enrolled in the Brown University Student Health Insurance Plan. They may waive out of this plan if they have comparable coverage through an alternate insurance plan.