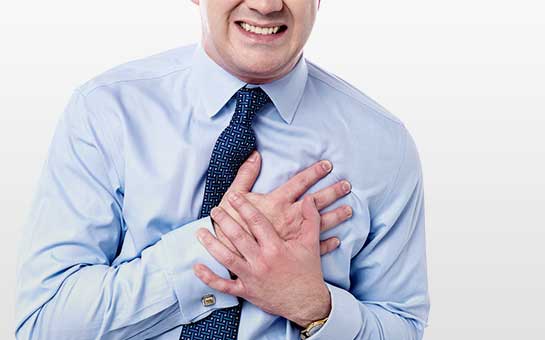 https://www.insubuy.com/visitors-insurance/
What is the difference?

If my visiting father has a heart attack, will that be covered?

There is no way to accurately answer whether or not that would be covered in advance. Once the providers (doctors, hospital etc.) submit all of the medical records such as physician report, treatment records etc. to the claims department, they will look into it to determine whether or not it would be a covered expense.

If a visitor has a heart attack, what are the possible scenarios?

A heart attack may be caused because of many different reasons.

My mother has never had a heart attack. In that case, how can that be a pre-existing condition?

My father had a heart attack 8 years ago. Will he be covered for any heart related illnesses?

According to the opinion of most insurance companies, if he is currently receiving treatment or taking any medications (including over the counter medicines), any heart related illnesses will be considered a pre-existing condition. If he is not currently receiving treatment or taking medications the decision will be made at the time of the claim, based on the attending physician statement (APS). The claim adjuster will determine whether or not it will be considered a pre-existing condition.

Does this mean a heart attack will always be excluded if a person has high blood pressure or diabetes?

No, we have seen heart attacks being covered as well as being declined. It really depends upon the details of each individual case, which can only be determined after the heart attack occurs and the Claims Department has all medical records to review the case.

That is not true. It is determined on a case by case basis. The claims department will determine whether or not it is a covered expense by using the medical records and the attending physician's statement.

Why don't you answer in simple Yes or No whether the heart attack would be covered or not?

It is simply not possible to do so. Until someone has reviewed the medical records of the condition that has occurred, it is impossible to make an accurate determination.

If I send you my father's medical records, can you tell me whether it would be covered in the future when he visits the USA?

Could you please give an example of a heart attack that would be considered an acute onset of pre-existing condition?

If a person has high blood pressure and everything is stable and all of sudden they have a heart attack without any prior symptoms or warnings and treatment is received in the next 24 hours, this may be considered an acute onset of a pre-existing condition.

Important: As a reminder, you should not consider all similar cases to be exactly the same and assume that such cases would always fall under acute onset of a pre-existing condition. Coverage is determined on a case by case basis based on medical records received.

Could you please give an example of a heart attack that would NOT be considered an acute onset of pre-existing condition?

If someone is having minor chest pain for the last 4-5 days, or if the person has been complaining of elevated blood pressure for the past 3-4 days, and then they have a heart attack. The heart attack is not acute, it was not all of sudden nor unexpected. It would not be considered an acute onset of pre-existing condition, and would not be covered.

Could you please give an example of a heart attack that would be considered a sudden and unexpected recurrence of pre-existing condition?

A heart attack is most often an acute manifestation of the underlying medical condition of coronary artery atherosclerosis (CAD) (Please note that there are some rare causes of heart attacks that are not caused by CAD, e.g., Takotsubo Cardiomyopathy, Prinzmetal Angina, etc., but examples below deal with CAD as the primary cause of heart attacks.) If someone had a pre-existing diagnosis of CAD, they could have had symptoms or manifestations of CAD without having a heart attack - e.g., chest pain diagnosed as Coronary Angina, stent placed in a blocked artery, or the discovery of CAD on routine physical leading to medical or surgical intervention. If the same person had that condition stabilized then suffered a heart attack after their Effective Date, it could be considered a sudden recurrence of the pre-existing condition.

Your analysis is correct. There is no way to know in advance whether a particular condition would be covered. You should carefully analyze the risk before inviting elderly relatives to visit, and think about how you would handle any non-eligible medical expenses.

Do you personally know anyone whose heart attack was covered in visitors insurance when the person had a disease such as high blood pressure?

Yes, in addition to numerous customers being covered, our company Co-founder's mother-in-law had a heart attack while traveling overseas and it was covered even though she had high blood pressure. Please note that each case is different and no one should assume everyone with a similar situation would be covered under all circumstances because it is determined entirely at the time of the claim based on the medical records and attending physician's statement.